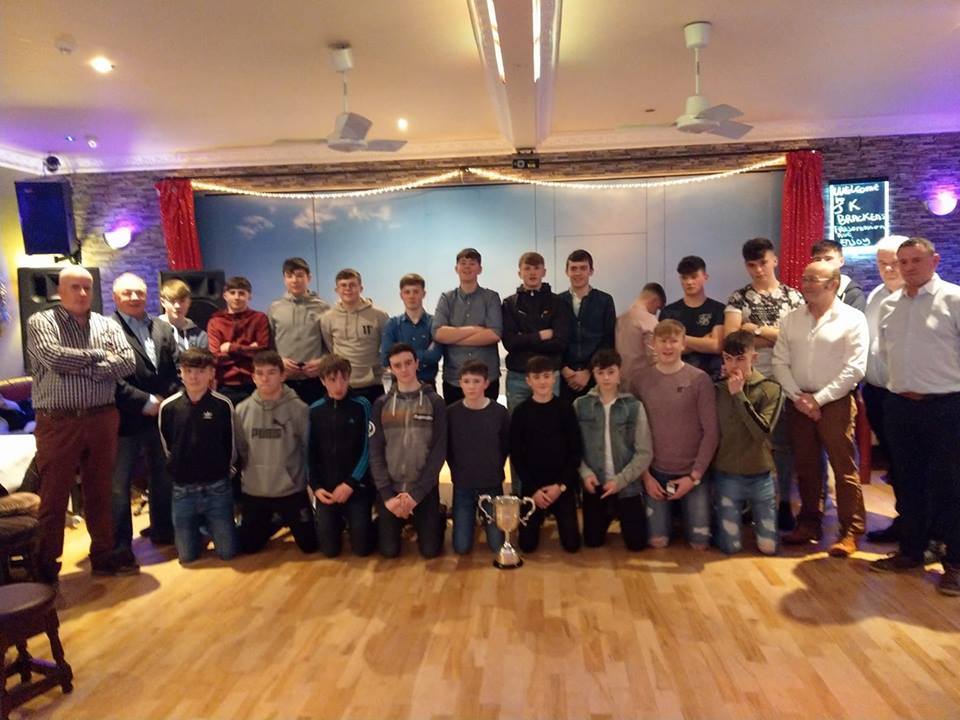 Great night for our U16 County champions.

Our victorious U16 County Champions were feted at a very enjoyable club social night in Fitzpatrick's, Clonmore on December 29th.  The players received their county medals from Club Chairman Eamonn Corcoran.  They were also presnetd with club gear.  Presentations were also made to the management team of Ray Doyle, Pat Butler, Pádraig Moloney, Paddy Cadell & Joe Greed.  Individual awards presented on the night to Cian McDonnell (Best Team Player), Stephen Delahunty (Most Improved Player) and Darragh Doyle (Overall Player of the Year).