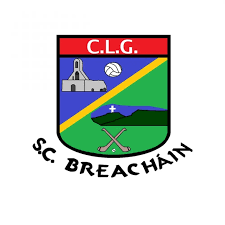 Unfortunately the the dream of an U17 county final came to an end at the weekend after another galant performance by a great bunch of players as they bowed out at the semi final stage to Clonmel Commercials in Clonmel On Saturday.
Our lads dominated possession in the open couple of minutes but unfortunately didn’t make it count on the score board. Clonmel didn’t make the same mistake and in a five minute purple patch scored 1-03 without reply in a period that would ultimlately decide the game. It took a great point from Brian Quinn from the outside of his left boot to get off the mark and then another one from Jamie Ormond left us 1-04 to 0-02 down at the first water break and now matching Clonmel all over the field. Brackens dominated the second quarter with Ned Walsh opening the Brackens account after a break from defence from Michael Delaney who was powerful all day began a few passes that included Michael Cahill and Jamie Ormond who found Ned Walsh free. Ned was on target again a few minutes later who pointed from the right hand side. Brian Quinn finished off the half with a pointed free to leave it 1-05 to 0-05 at half time after just a single point from Clonmel in this period. After half time it was equal footing on the score board until the next water break. Clonmel hit two points after they had a goal disallowed for a square ball. Brian Quinn then hit a free after some great play which resulted in the Clonmel keeper making two great saves, first from Brian himself and then from Ned Delaney but it wasn’t to be and a Brian slotted over the resulting free. Joseph Bourke pointed another free from the right before sub Cormac Bourke hit our last point before the water break to leave three points in it again, 1-08 to 0-08. It was a backs to walls finish from both sides as our backs fought hard for everything and Tom Bourke has came to the rescue on a few occasions during the game, our lads tried seriously hard for that elusive goal but found the clonmel defence hard to break through and when they did they found a Clonmel keeper harder to break. Clonmel tacked on three late points in injury time to win by six but at no time looked like a six point better team. Our lads did themselves very proud the whole year and announced themselves as one of the best football sides in the county. That game marked the end of a few of those players juvenile careers as they make the step up to the senior club next year but do so with their heads held high and a Mid A minor medal in their back pockets which is fitting for a bunch of fiercely dedicated hard working players.

Congratulations to our Senior hurling team who defeated U...

There is plenty of action to keep us busy this weekend. F...

Junior A's off to a flyer

Our Junior A hurlers got off to a flying start in the ope...

Well done to Peter Burke of Killawardy who landed tonigh...

Our Junior A hurlers get their Mid championship campaign ...